History of The Old Course

Build Your Own Trip

History of The Old Course The Home of Golf

The Old Course at St Andrews is considered by many to be the "home of golf" because the sport was first played on the Links at St Andrews in the early 15th century. Golf was becoming increasingly popular in Scotland until James II of Scotland banned the game in 1457 because he felt that young men were playing too much golf instead of practising their archery. The ban was upheld by James III, and remained in force until 1502, when James IV became a golfer himself and removed the ban.

In 1552, Archbishop John Hamilton gave the townspeople of St. Andrews the right to play on the links. In 1754, 22 noblemen, professors, and landowners founded the Society of St Andrews Golfers. This society would eventually become the precursor to the Royal and Ancient which is the governing body for golf everywhere outside of the United States and Mexico. St Andrews Links had a scare when they went bankrupt in 1797. The Town Council of St. Andrews decided to allow rabbit farming on the golf course to challenge golf for popularity. Twenty years of legal battling between the golfers and rabbit farmers ended in 1821 when a local landowner and golfer named James Cheape of Strathtyrum bought the land and is credited with saving the links for golf.

The course evolved without the help of any one architect for many years, though notable contributions to its design were made by Daw Anderson in the 1850s and Old Tom Morris (1865–1908), who designed the 1st and 18th holes. Originally, it was played over the same set of fairways out and back to the same holes. As interest in the game increased, groups of golfers would often be playing the same hole, but going in different directions. 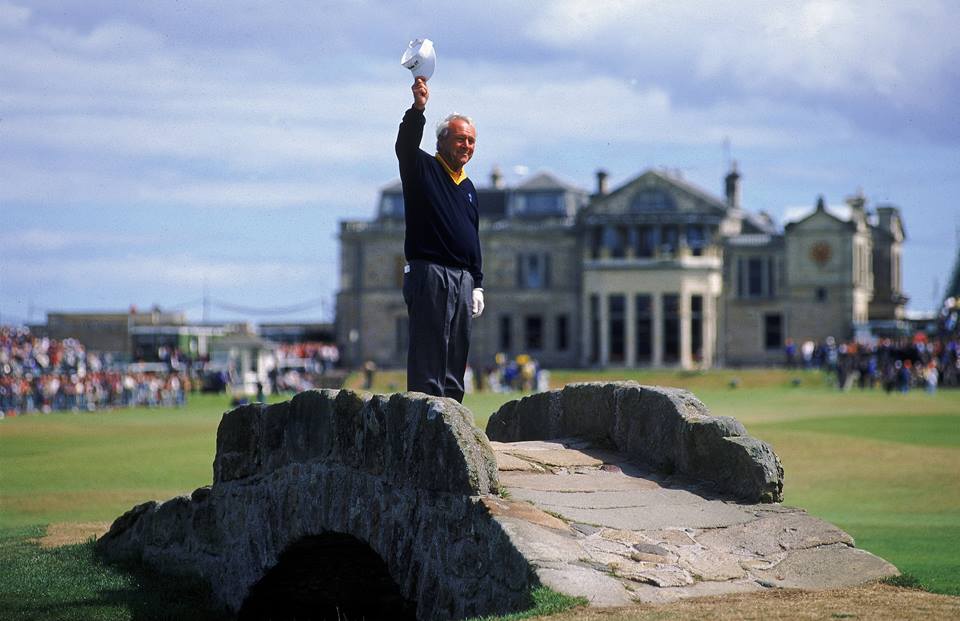 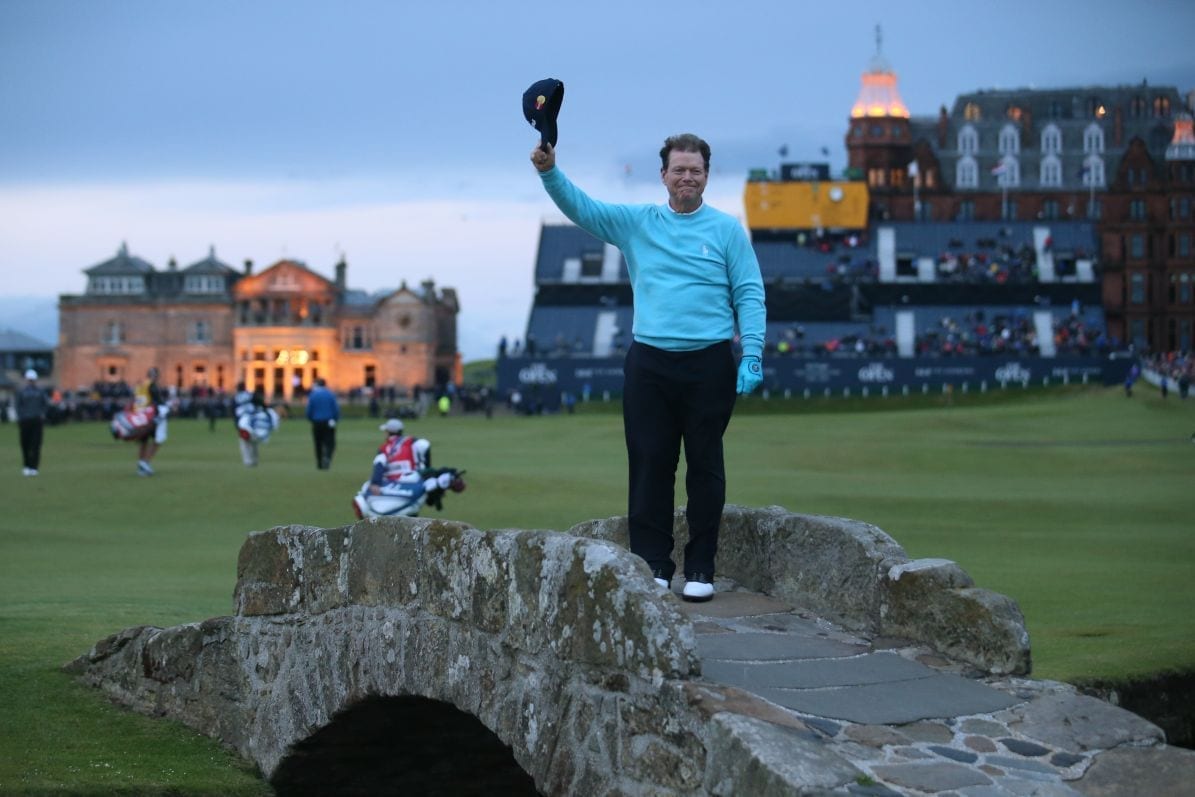 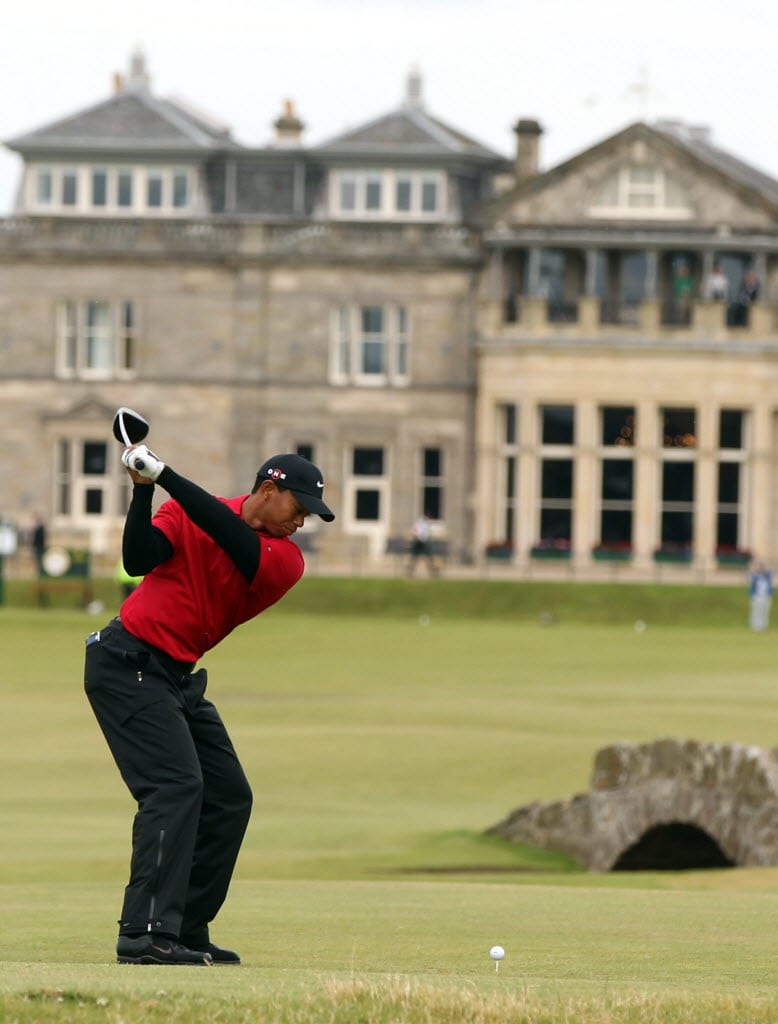 One of the unique features of the Old Course are the large double greens. Seven greens are shared by two holes each, with hole numbers adding up to 18 (2nd paired with 16th, 3rd with 15th, all the way up to 8th and 10th). The Swilcan Bridge, spanning the first and 18th holes, has become a famous icon for golf in the world. Everyone who plays the 18th hole walks over this 700-year-old bridge, and many iconic pictures of the farewells of the most iconic golfers in history have been taken on this bridge. The Swilcan Bridge is named after the Swilcan Burn (Scottish word for stream) of which it spans.

Another unique feature is that the course can be played in either direction, clockwise or anti-clockwise. Along with that, the Old Course has 112 bunkers which are all individually named and have their own unique story and history behind them. The two most famous are the 10 ft deep "Hell Bunker" on the 14th hole, and the "Road Bunker" on the 17th hole.

"If a golfer is going to be remembered, he must win the title at St Andrews. At last it is my greatest dream come true."

Write Your Own History...

Playing golf in St Andrews, The Home of Golf, is one of the best golf experiences you can have. This is the place where the game was invented after all, way back in the 15th century. For the majority, this is golfing 'mecca' for which a pilgrimage to these hallowed links at least once in ones life is a necessity. You too can "Write your own history" and play these famous links.

"Sean and SGH planned a perfect St Andrews trip for me and my boys to the Old Course. We had some special requests and they handled them easily. We will certainly use them for any future trips."

Write Your Own History
Scroll To Top
We use cookies to ensure that we give you the best experience on our website. If you continue to use this site we will assume that you are happy with it.Ok